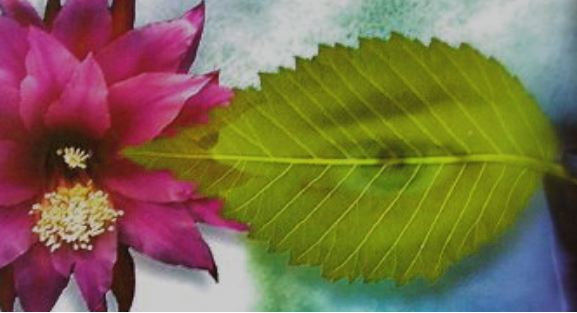 The Art of Critique.

From its Greek roots the word ‘critique’ means discerning.

The first time I engaged in a meaningful critique was in an academic setting.
Our assignment was to redesign Harvard yard and present to the class our reasoning of the social impact and it's aesthetic value for the redesign.

It was during these two days of critique review that I began to understand the intrinsic value that a critique can bring to the learning process and the psychology of the human mind.

Boiled down to it academic essence a good critique will engage in communal discussion , critical thinking , tangible relevance and the exploration of theory.

What it won’t do is tear a persons efforts down, demoralize them and their work, ridicule , mock or jeer for the sake of cheap shots and cheap laughs.
That is not critique, that is a form of bullying or a sad psychological state of an over inflated ego that feels the need to put down people in order to make themselves feel superior.

Below is a project I worked on many many years ago.
When I first completed it I didn’t see many of the flaws that I see in it now and feel that time has given me some new perspective to critique it .

The back yard was a clean slate. A pie shaped lot with a massive drainage problem.
This pix shows how I started to deliniate the space and remedy the flooding.


The bones of the garden takes shape. Various garden rooms are starting to be established. In retrospect I would have liked to used horizonally stacked ledge stone as the lawn / path borders to match the water feature for a more consistant design element. An open trellis structure mimicking the homes architecutre could have been used instead of trees to create a screen behind the sitting patio.


Garden rooms withing the landscape have grown into the hardscaping

The extensive drainage system below the dry creek has kept the property from flooding since its installation. Aesthetically I feel it works well within the site, but I could have used some larger boulders down stream.

Posted by Deviant Deziner, aka Michelle at 10:42 AM

It is a lovely project!

Linda@ Lime in the Coconut said...

I LOVE it...love the spiral of the water feature...the undulating paths. Beautiful!

Michelle, I never tire of looking at the beautiful gardens and hardscape you have created. Your partner is such a good craftsman, he executes your designs beautifully! Funny how, as much as I have looked at photos of this landscape, I didn't know that dry creek was in it. I hope you will be able to built beautiful gardens for as long as you like. And please show us the hillside you're currently working on soon. It is a succulant collector's dream! Incidently, the bourban was a great idea, cheers! Patrick

I love it. Your work is always inspiring. It's amazing how quickly a new landscape matures. I think it looks beautiful even without the changes you think it needs. I bet the homeowners must love it.

Your willingness to critique your own work at a later date explores a fundamental precept of criticism...being able to listen.

To address the subject of this post. I totally agree with your thoughts on constructive critigue. Sometimes the truth can be brutal though. I recently witnessed a tv show critique of a fashion designer where the judge told him that, although his work was cutting edge and would wow the catwalks of Italy, he wouldn't win the contest because the designs he was showing were standard fare for him and he needed to take it to the next level. Shocking but true. The designer actualy said "okay" and decided to except the critique and go for it. A very positive outcome. The current baphonery being toted as comic fare on facebook is nothing more than Paparrazii style bullying. There is nothig constructive or repectable about it. And it surprises me how many people find it cleaver. I guess everyone has their own sense of dignity. Personally, would rather see his own work than what he finds 'wrong' with other people's landscapes, but that's my opinion..

I had to come back and say more. Your post is really resonating with me tonight. Some background: Right now I'm taking a World Literature class and due to the short summer semester it is an online class. Each week there are several readings and then each student has to post their own synopsis or answers to questions posed by the instructor to a discussion forum. These posts (usually two readings and a post for each) are due by Friday night. Then by Sunday night we have to respond to two posts from each group (four total) of our classmates' work.

I take quite a lot of time to be very careful in my wording if I disagree with somebody. Being careful to be respectful while still making my opposing point of argument. It can be quite a challenge to remember that words in writing can be taken far more literally than those spoken in conversation. Also that there is a difference between discussion and just putting something or somebody down without offering an alternate solution.

So thank you for the reminder. It does take more effort to be thoughtful and respectful, but it usually makes for a better discussion.

What a beautiful garden! Love seeing the beautiful work you do.

Wow, that is lovely! I love how the garden has filled out, became a world of its own!
Just gorgeous!
And I agree with you, if conversation has nothing to add but bad feelings; leave it be!

I really enjoyed this post, Michelle. I'm heartened that you needed time before coming back to examine the project. While constructive and helpful, critique can still be an unwarranted activity if the project is still fresh! I find that I need a little time myself, so it's nice to see I'm not the only one!

Good evening to all.
Thanks for stopping in and taking the time to express your thoughts.

Kerry, thanks for the 'double take' and for describing your own critique experience.
Your last few words have resonance with me.
Thanks for expressing them.

My feelings are that a good critique is a great educational tool , one that can lift you up if you keep an open mind and listen to how others interpret your expression/ design/ thoughts.
Powerful stuff to learn from.

Wow, you are good! Deviant, maybe, but your landscapes are wonderful.

Gorgeous. I especially love the wooden lattice wall/bench/room divider. It must be huge, but it looks settled in place. The details keep it from being overwhelming. I also love the curtain in the gazebo. Just a tiny touch, but to me it makes the destination that much more evocative, mysteriously foreign. This design really gives class to the lot. Excellent job.